Cryptocurrency payment processor BitPay has lost a major customer before it even began accepting any payments after a social media backlash.

In a Twitter debate on May 15, computer manufacturer Pine64 said that it had planned to use BitPay to accept cryptocurrency, but would now halt the plans while it searched for an alternative partner.

Pine64: We “no longer intend” to use BitPay

The reason, it said, was an “outcry” among Twitter users over the company’s decision to use BitPay.

We saw the outcry regarding @BitPay and no longer intend to support it. In the coming weeks and months we’ll keep exploring options that will work for us and will be convenient for our community.

Nicholas Dorier, founder of open-source payment processor BTCPay, took the opportunity to highlight his product’s advantages, something that Pine64 itself subsequently retweeted.

“I strongly advise AGAINST using Bitpay and instead advise that you present your engineers with the option to use BtcpayServer for free and have complete control over your online commerce,” another well-known commentator, Vortex, added.

The distaste for BitPay in Bitcoin circles is longstanding. As Cointelegraph reported, the company’s lack of compatibility with many wallets and seeming attempts to privilege altcoin Bitcoin Cash (BCH), the fifth-ranked cryptocurrency by market capitalization, over Bitcoin (BTC) has led to frequent social media scuffles.

The company has held firm despite the controversies, which include charging a so-called “network cost” for BTC payments, while BCH payments often attract no such fee.

During the spate of wildfires in 2019, BitPay again came in for major criticism after automatically blocking Bitcoin donations to charities. 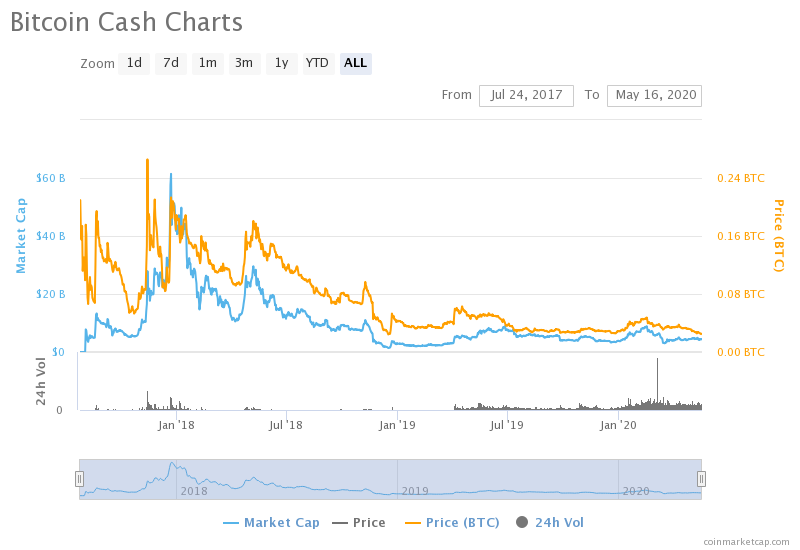 Bitcoin Cash meanwhile has seen its fortunes tumble, and currently trades near record lows against Bitcoin.